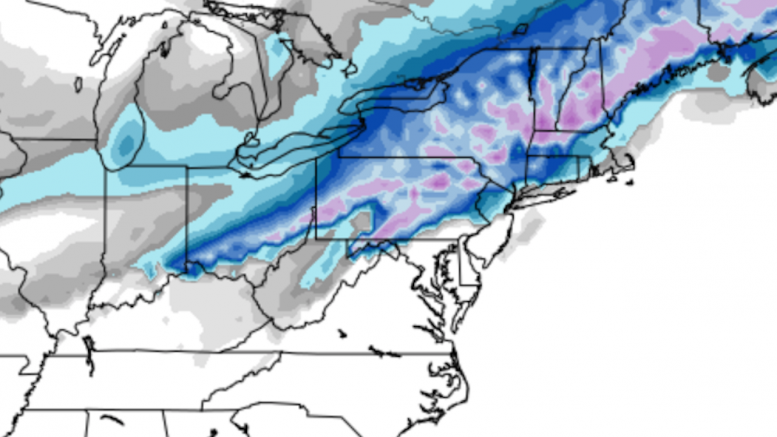 In just a few hours, the most complex winter storm of the 2017-18 season will arrive in Western Pennsylvania, and there is still a lot of uncertainty as to how much snow will accumulate. The biggest questions are just how far north the rain-snow mixing line will track, and how high will temperatures climb after the sun rises. The latest model guidance suggests that the mixing will remain south of Pittsburgh, meaning areas to the north and west of the city would stay all snow and avoid an accumulation-lessening rain. However, historically these kinds of systems tend to bring warmer air further north than the models and meteorologists predict, and this has led to a great uncertainty as to what this storm will bring to the area.

After this morning’s newscasts, we published a first look at the preliminary forecast maps from the local and national outlets. As expected, as the models updated throughout the day, so did the forecasts. Below are the final forecasts for KDKA, WPXI, WTAE, AccuWeather, The Weather Channel, Intellicast, The National Weather Service’s Pittsburgh Office, and the National Weather Service’s Digital Model. Check back on Thursday as we evaluate all of these forecasts and assign accuracy scores in our Forecast Analysis, which will impact each outlet’s Forecaster Rating. 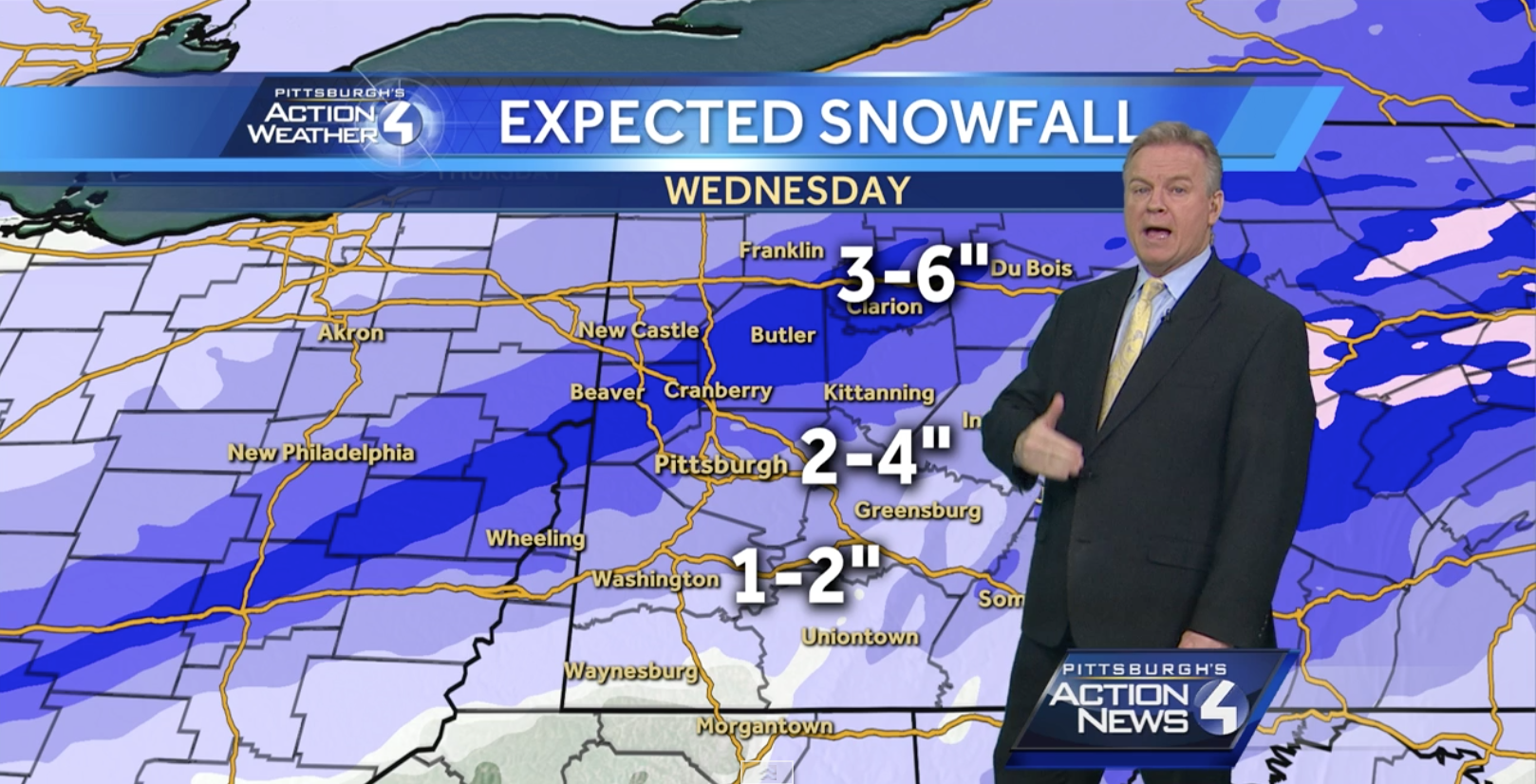 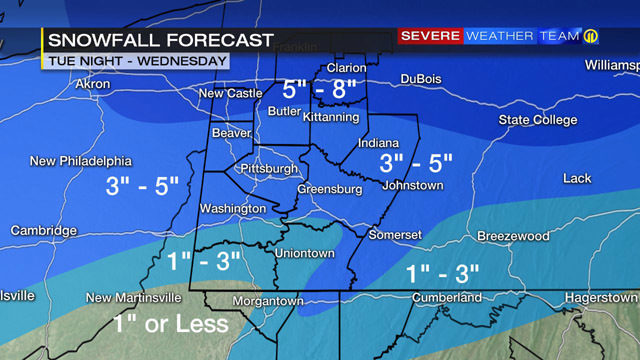 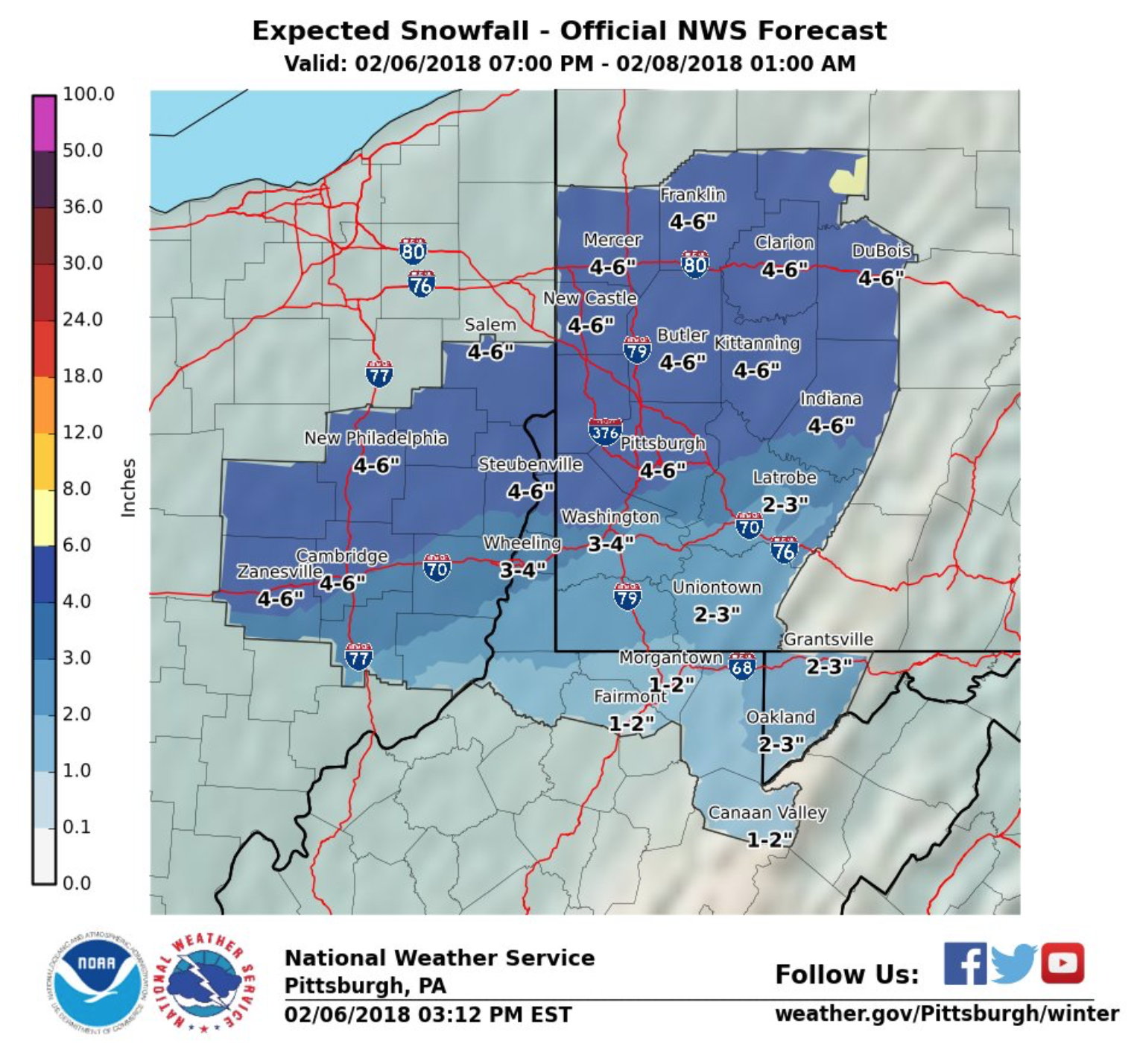 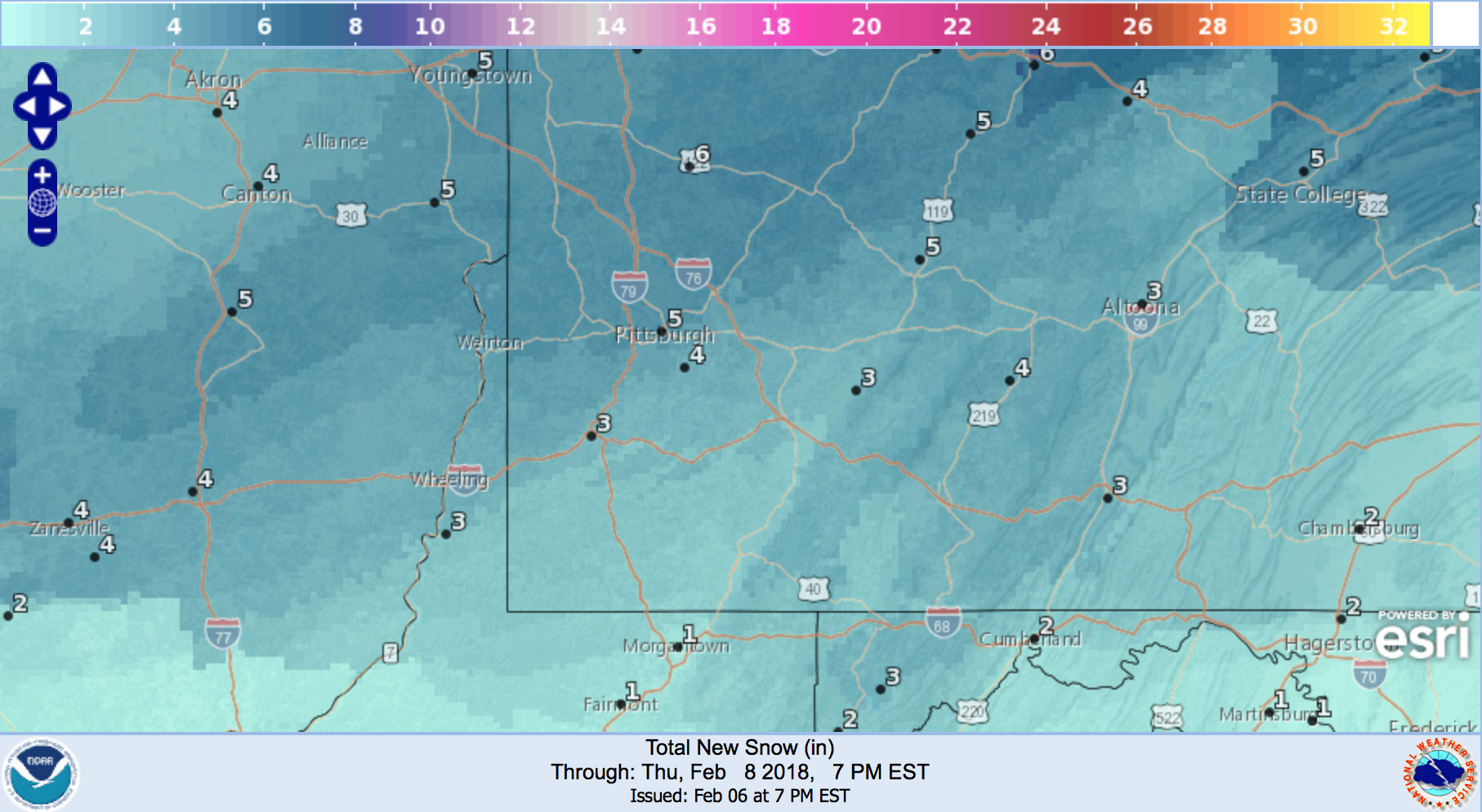 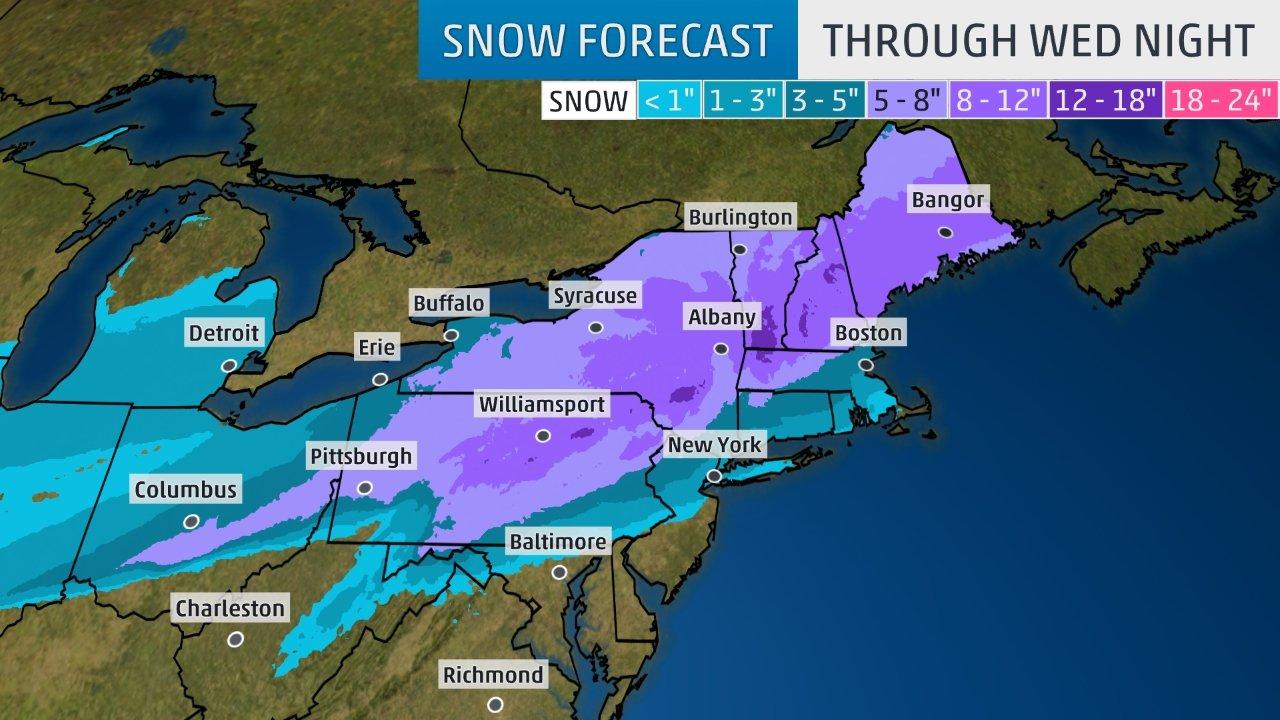 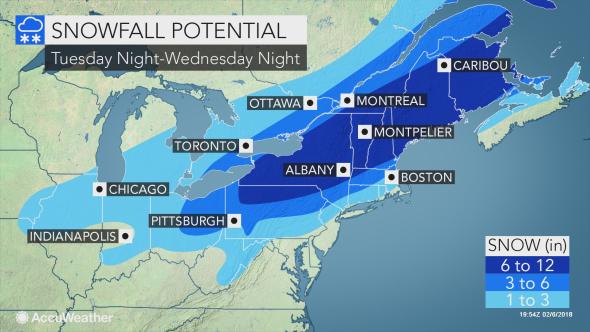 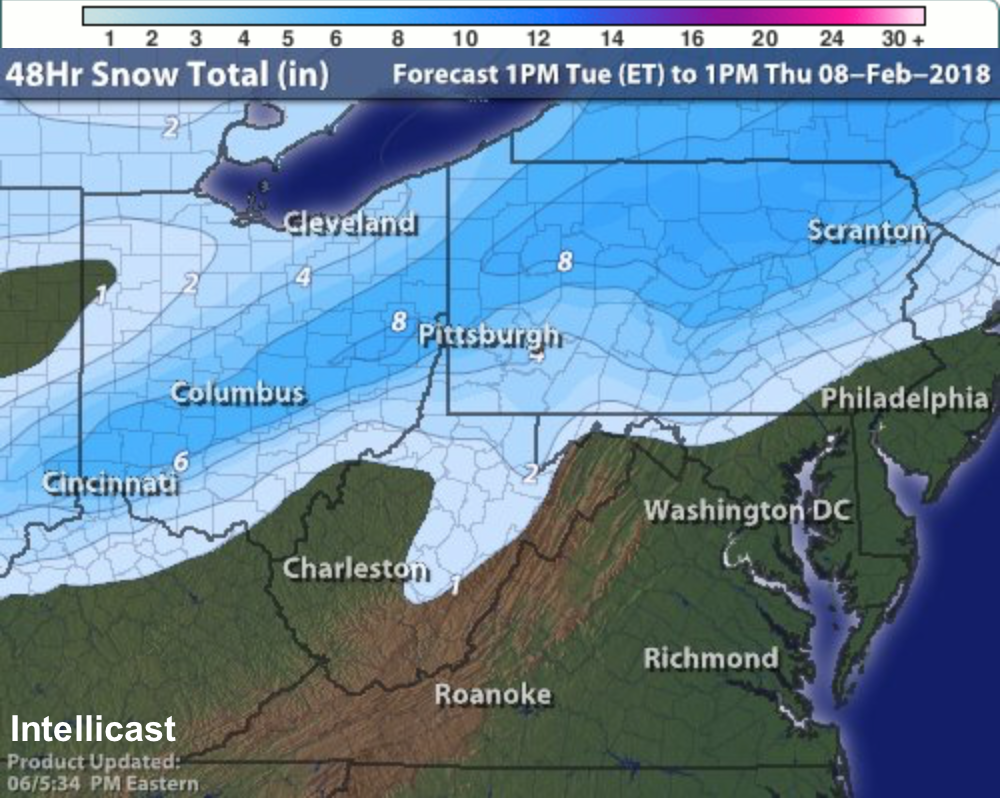