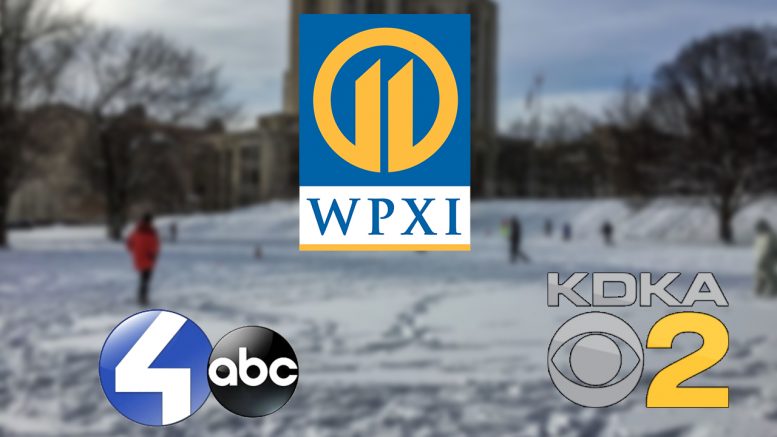 Each year around Halloween, WTAE, WPXI, and KDKA all publish their Winter Weather Outlooks. Each forecast includes an average temperature and a season total snowfall based on long-term modeling and meteorological trends.

Which forecast (if any) of the three should you take seriously? We have collected and analyzed the Winter Weather Outlooks from each network for the past eight winters, comparing each forecast total snowfall with the official total archived by the National Weather Service. Over that period, the three networks have seen similar success, but KDKA has been the best overall with a historical average percent error of 26%, just barely beating out WTAE. A table of each station’s percent error by year, and a graph of their predictions against the actual season snowfall totals are included below.

In what is the most bizarre Winter Weather Outlook we have ever seen, KDKA’s Ray Petelin did something very unusual and did not put numbers to his forecast. Instead, we were left with a vague prediction of “above normal” snowfall for this season (the average seasonal snowfall for Pittsburgh is 41.4″). Later, Ray dove deeper into his outlook with a lengthy video published to Facebook where he indeed did publish a snowfall total prediction of 44 inches – so that is what we will use here. KDKA was very accurate last year (and two out of four years before that) with Jeff Verszyla at the helm, so it will be interesting to see if the station’s success continues with the new crew.

Stephen Cropper and team at WPXI are hoping for a more accurate prediction this year than last, so why not just repeat the same forecast! Their prediction of 47″ comes in an inch below their guess for last season, as they join KDKA and WTAE in forecasting a snowier-than-usual winter.

Mike Harvey is joining WPXI in publishing a very similar forecast to last year’s. This is WTAE’s third time in four seasons predicting 50″+ of snow.

Jeff Versyla has been a staple of our Winter Weather roundup since its inception, as he was the longtime Chief Meteorologist at KDKA. In the middle of last winter, Jeff lost his job at KDKA and has since been creating his own forecasts on his Twitter page and then his own website. If you are interested in a half hour of babble from Jeff, his full video is below – but the bottom line is a slightly above-average 46″ season total.

Be the first to comment on "Looking Ahead: Forecasters Publish 2019-20 Winter Weather Outlooks"