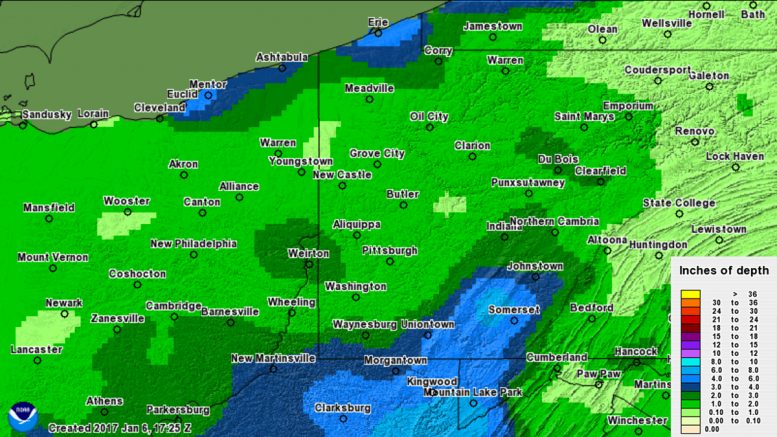 On Thursday, January 5th, Pittsburgh picked up 1.9″ of a light, powdery snow. That accumulation fell within the predicted range of all of the forecasters we track.

Below is our forecast analysis for each media outlet that we track. This year, we are assigning Accuracy Scores on a traditional A-F grading scale. At the end of each month, we will update our Forecaster Ratings to include the new Accuracy Scores. 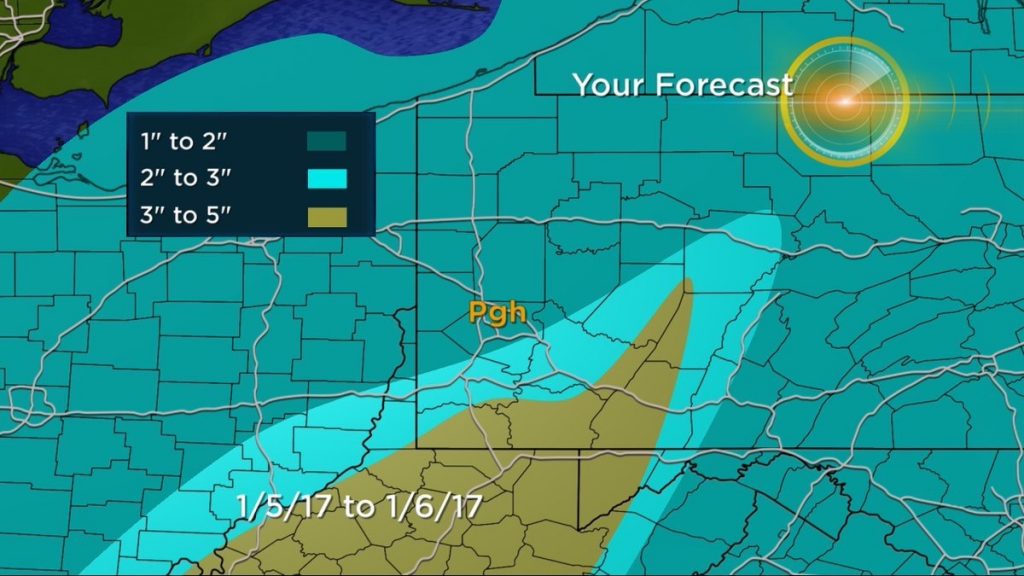 KDKA correctly predicted the snowfall in Pittsburgh, and in general was correct in their placement of the different ranges. They did miss the one higher 2-3″ spot to the west of Pittsburgh, but that’s a small mistake. Accuracy Score: A 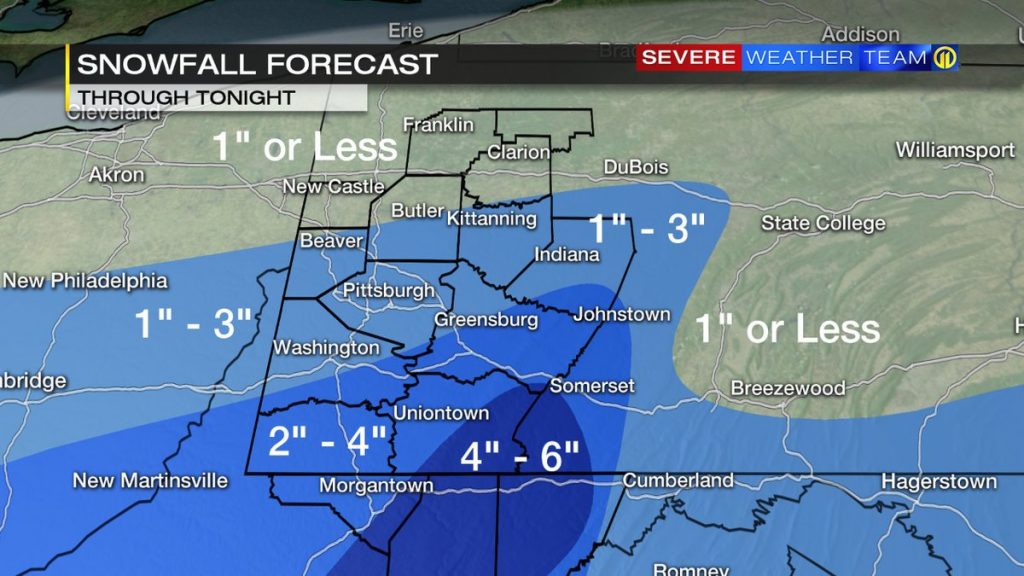 WPXI was smart to extend their range to a maximum of 3″, as it included that pocket of higher accumulation west of the airport. They also nailed the higher totals in the ridges to the southeast. Accuracy Score: A 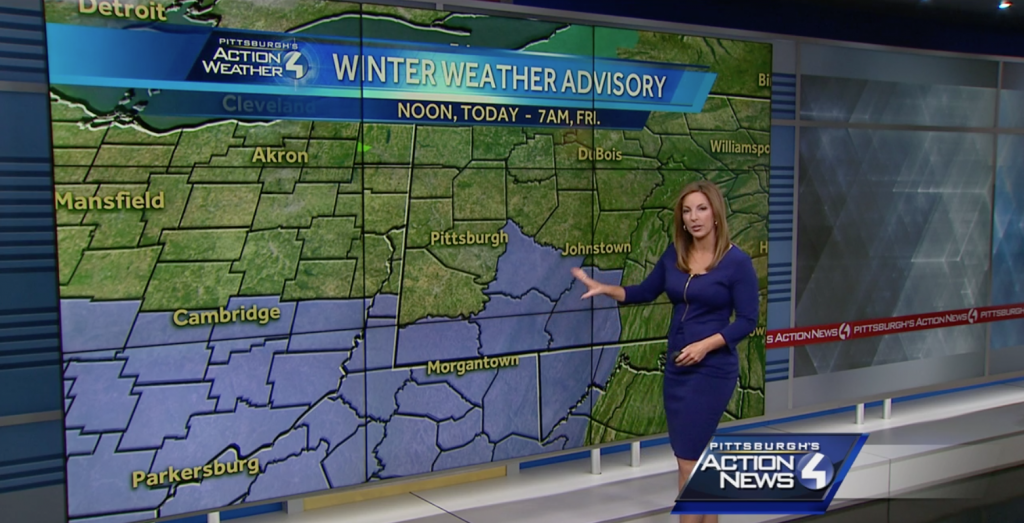 WTAE did not publish a snow map for this storm online, nor did they broadcast one on their morning newscast. They did use the Winter Weather Advisory map, saying 1-2″ for areas not under the advisory, and 2-3+ inches in those under the advisory. Since we are relying on the spoken predictions of the meteorologist, we will not assign an Accuracy Score to WTAE for this storm. However, we do want to note that their FutureCast model correctly placed the heaviest snow in the evening at 6pm, much later than the National Weather Service was forecasting. 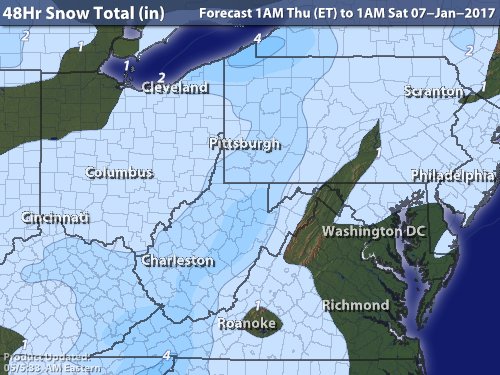 Intellicast‘s map was correct in the city, but (like KDKA) missed the pocket of heavier snow to the west. It also incorrectly forecasted 2+ inches in areas east of the city, and it completely missed the high snow totals in the Laurel Mountains. Accuracy Score: D 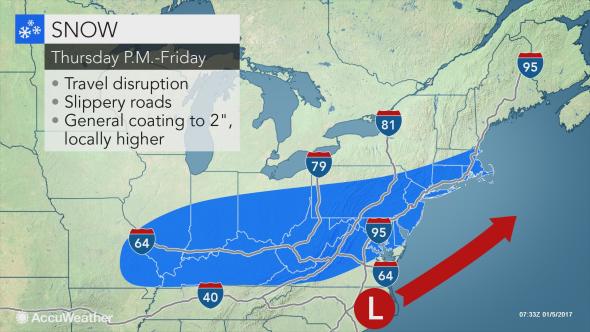 AccuWeather did not publish a full snowmap for this storm, but is instead using this general map to predict C-2″ in the shaded areas. Like Intellicast, they completely missed the heavy 4-6″ that was recorded in the mountains south of Pittsburgh. Accuracy Score: C 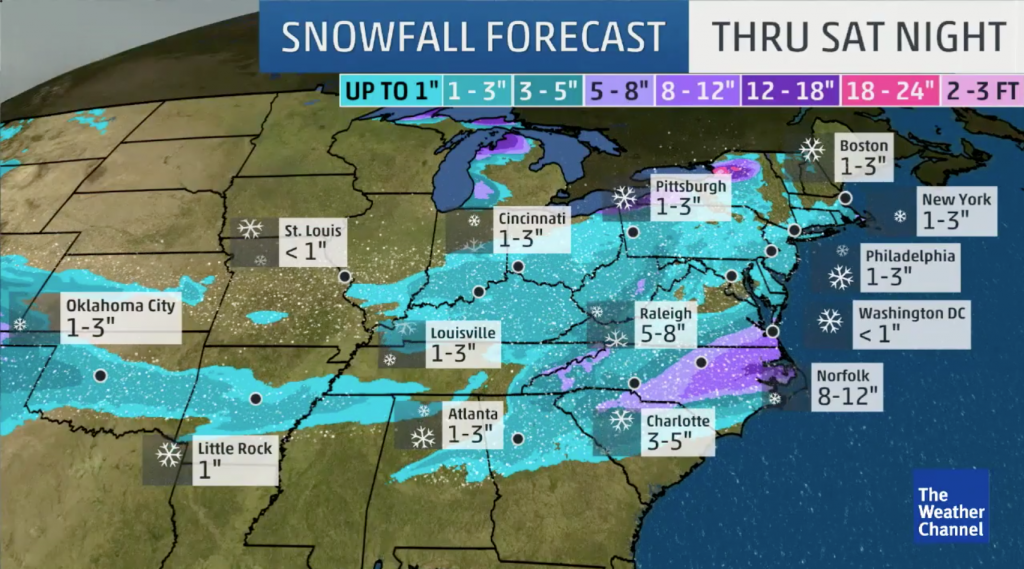 The Weather Channel correctly forecast 1-3″ in Pittsburgh, but was a bit too conservative with their predictions in the Laurel Mountains. Accuracy Score: B 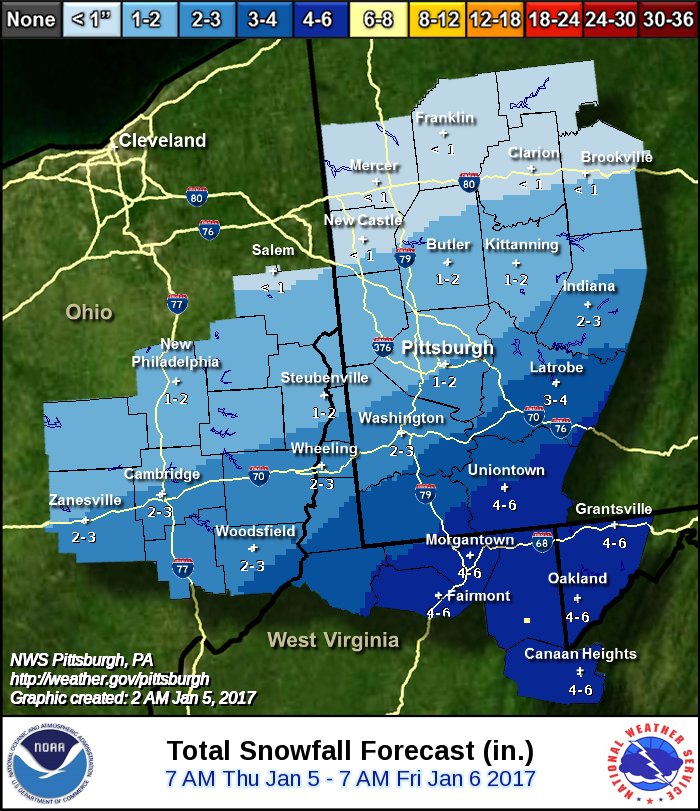 NWS Pittsburgh was pretty spot on, with just a few misses. They correctly forecast 1-2″ in the city, but were incorrect in predicting higher totals just south and east of Pittsburgh. Like others, they missed the 2-3″ pocket west of the airport. They were exactly right in the ridges and mountains. Accuracy Score: B 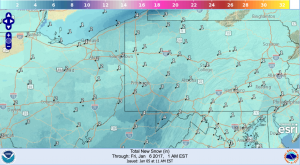 The NWS Digital Model called for 2″ in the city, which was correct, but the model was wrong about higher totals east of the city. It did predict the higher totals just west of the PA state line, but placed it a little too far south. Like The Weather Channel, this map also missed the higher totals in the mountains. Accuracy Score: B

Be the first to comment on "Forecast Analysis for Jan. 5th snowfall"