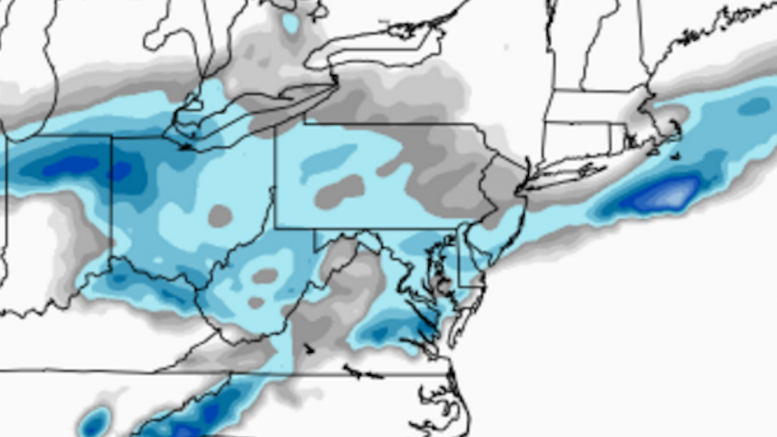 Once again, Western PA will miss out on significant accumulation thanks to something we have not seen much this winter: a storm track going out to sea. For over a week, forecast models have predicted temperatures would be cold enough to support snow, and for some time they paired that surge of frigid air with precipitation. In the past few days, that track has gradually dropped south, and with it the snow totals have dropped too. The light snow will begin late this evening and into tomorrow morning, wrapping up around the morning commute. School delays will depend on the total amount of snow, as the timing is right for a messy morning.

As long range models predict a warmup starting next week, this will likely be our final snow forecast of the winter.

Each predicted measurable snow event will have a roundup article like this one posted, so that you can view each network’s predictions for the storm. After the last flake has fallen, we will post an article inspecting who had the most (and least) accurate snowfall forecast in our Forecast Analysis. 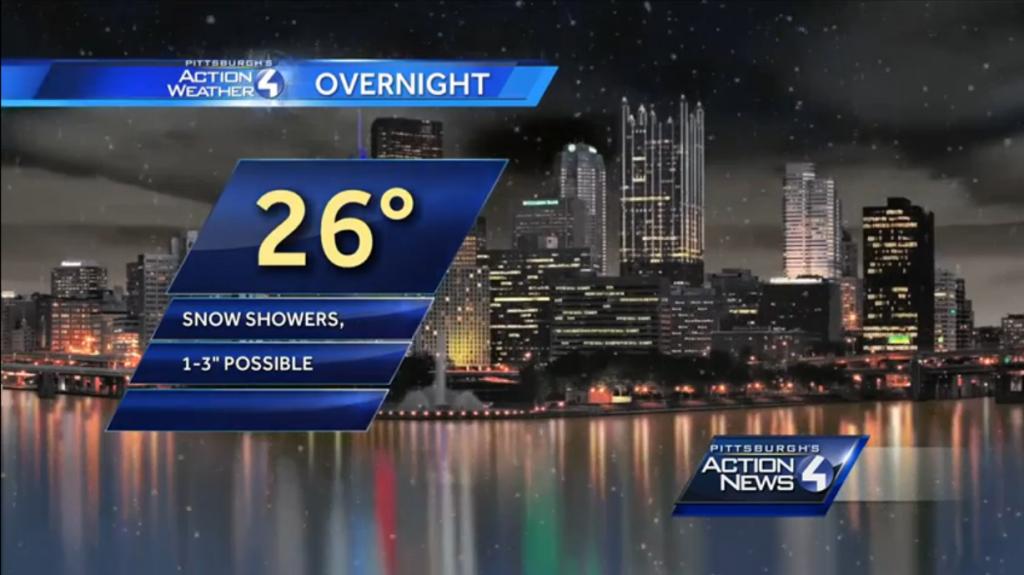 WTAE has not yet made a snow map available online yet, but we do know they are predicting 1-3 inches everywhere. If they post their map before the snow begins tonight, we’ll post it in this spot. 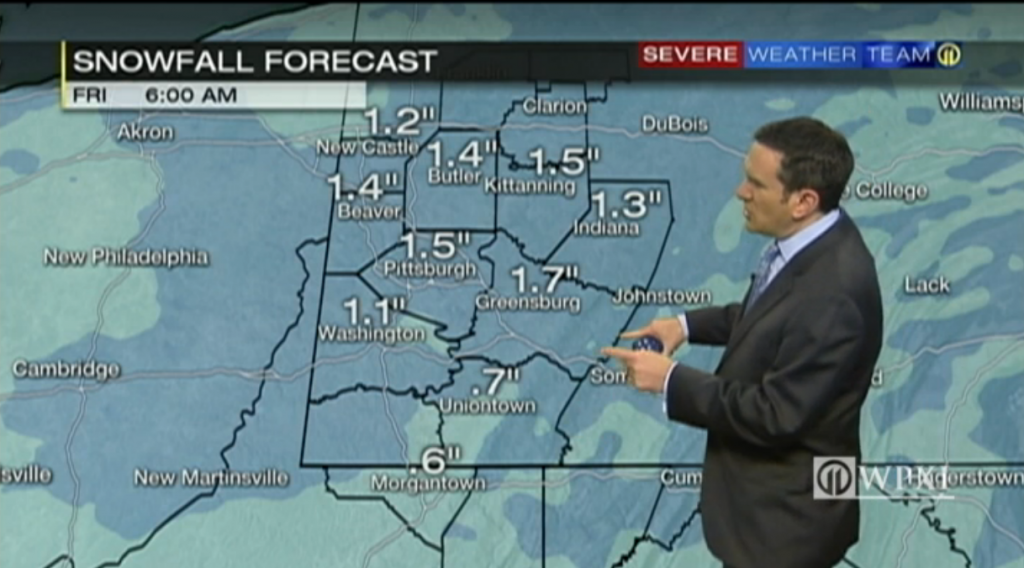 WPXI has brought out their FutureCast model for this light event, which gives the perk of exact accumulation numbers. We imagine this decision was made thanks to the simplicity of this storm, a welcome sight for the local meteorologists who have dealt with very complex forecast this winter. Since some mixing will occur south of Allegheny County, you can see how totals are higher from Pittsburgh on north. 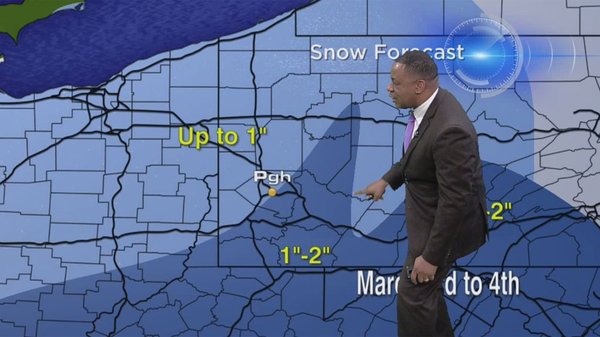 KDKA is less generous with their snow map. Somewhat shockingly, they have higher totals to the south of Allegheny County, despite that area potentially mixing with rain due to higher temperatures. Much of Allegheny County is forecast for less than an inch on this map. 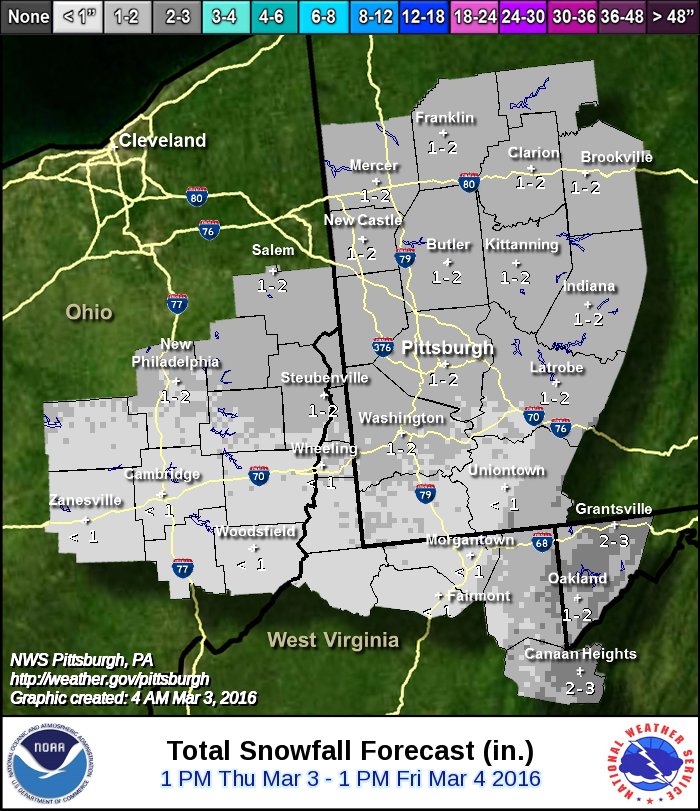 The National Weather Service’s Pittsburgh Office is a great contrast to KDKA’s map. As you can see above, they do believe the mixing south will hamper snow totals. Everywhere north of Washington gets an inch or two on this map. There are higher amounts in the ridges, with a 2-3″ mark visible in Grantsville. 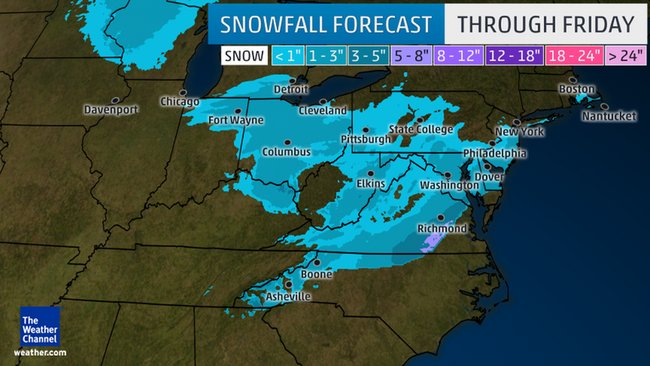 The Weather Channel, like KDKA, thinks higher snow amounts are south of the city. Much of Western PA gets a coating to an inch on this map. The highest total present is 1-3″, and that appears in just a small area of the Laurel Ridges and a few counties south of Pittsburgh. 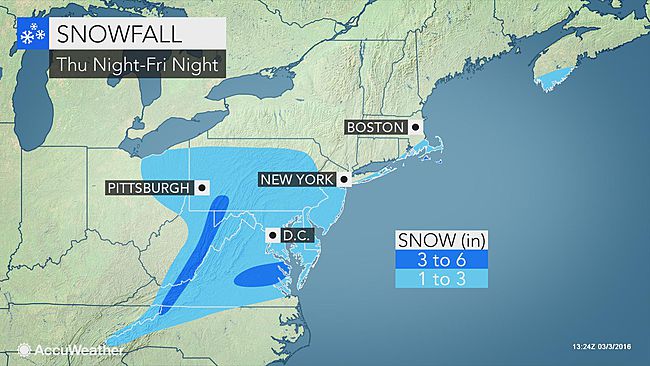 AccuWeather’s meteorologists think Western PA will see just a coating to an inch, but their map does allow for up to 3″. The Laurel Highlands’ highest elevations see 3-6″ on this map. 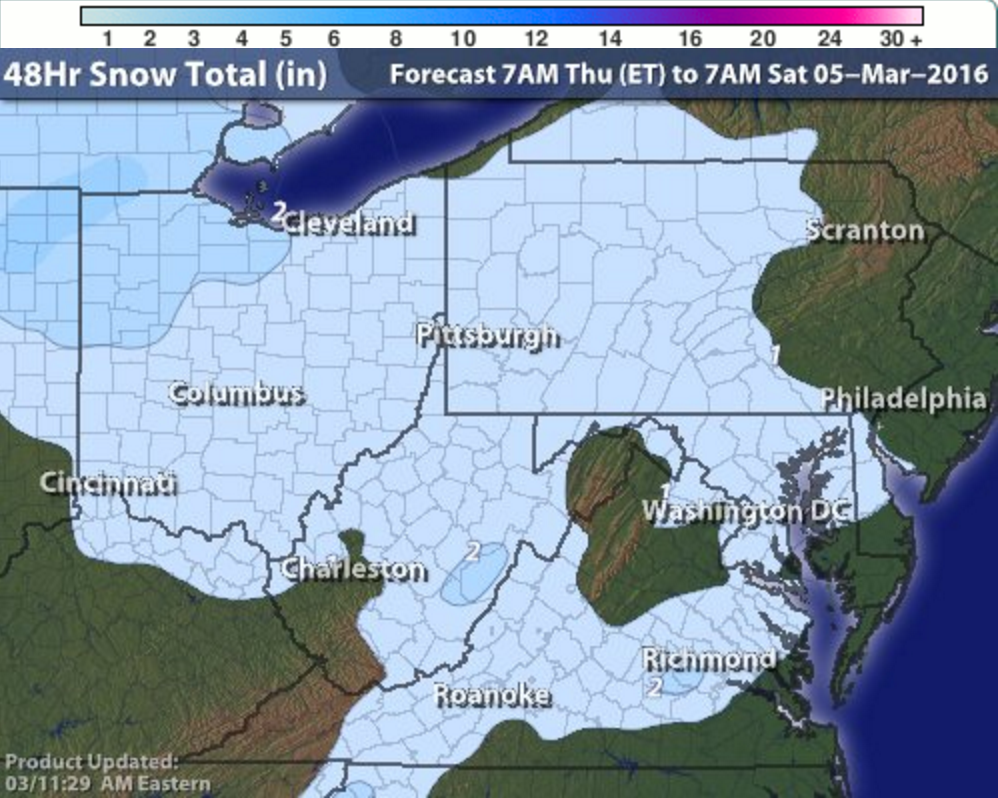 Intellicast, one of our most trusted models, puts 1-2″ everywhere. 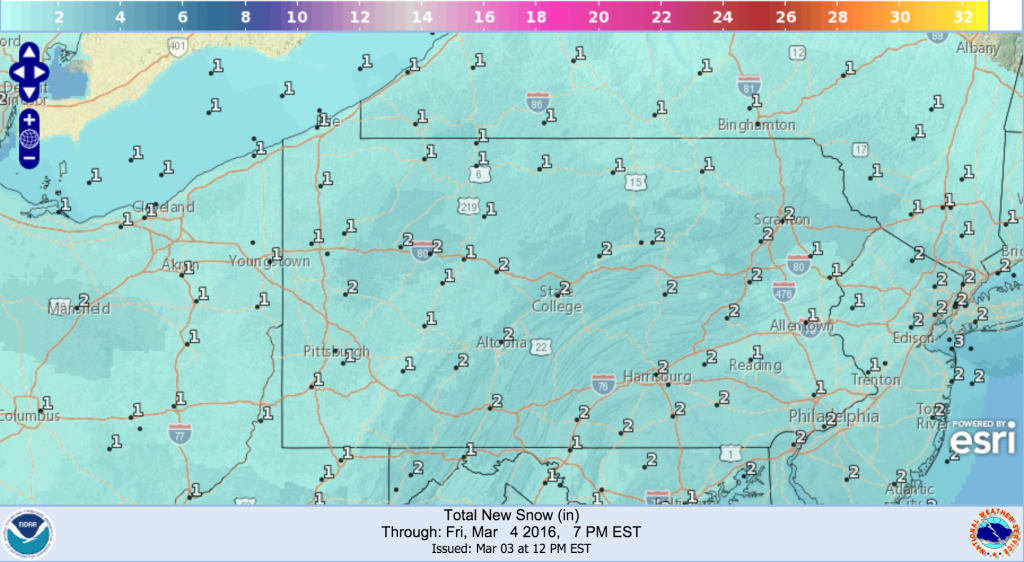 The National Weather Service’s online digital model puts 1-2″ everywhere, with just about every marker pointing to the lower end of that range.