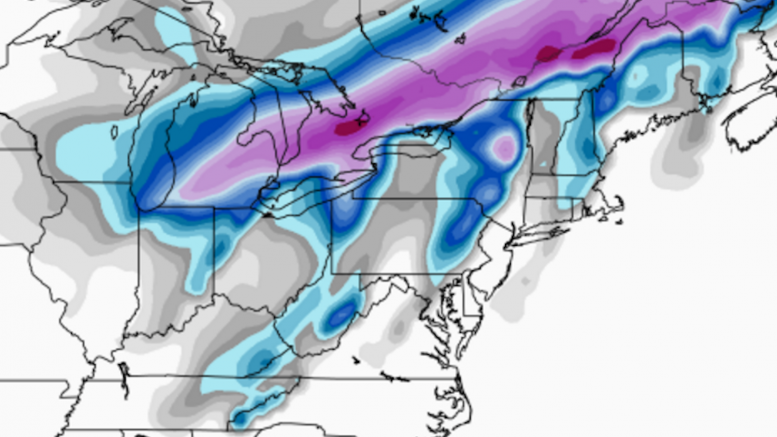 Once again, Western PA will miss out on a big snowstorm thanks to a surge of warm southern air. This weekend, models thought a push of cold air could lead to some moderate snow totals in the area, but there is now certainty that almost all precipitation will fall as rain. The northernmost towns of Western PA could see some moderate snow, but even there totals will be hampered by rain. The snow will begin late tonight and into tomorrow morning, but accumulation will be low enough to avoid any significant impact for the morning commute.

Each predicted measurable snow event will have a roundup article like this one posted, so that you can view each network’s predictions for the storm. After the last flake has fallen, we will post an article inspecting who had the most (and least) accurate snowfall forecast in our Forecast Analysis. Note: Since WPXI and KDKA are forecasting all rain, they did not have snow maps available by 12:30pm Tuesday, our cutoff time. 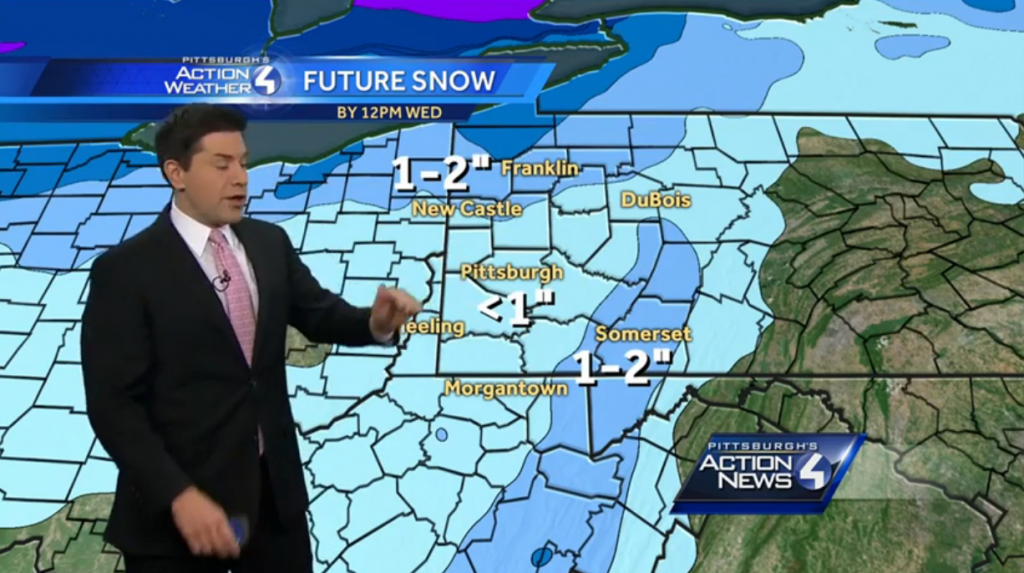 WTAE brought out their modified FutureCast map, as they continue to avoid using their Future Snow Totals map this winter. They cap snowfall at 2″ in the ridges and along the lake, with less than an inch everywhere else. 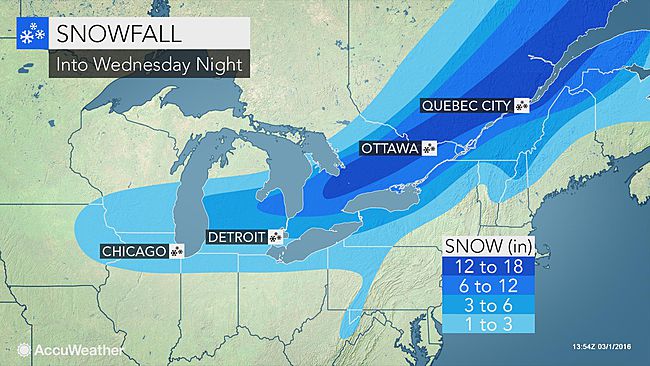 AccuWeather likes 1-3″ in the ridges and along the lake, with nothing everywhere else. 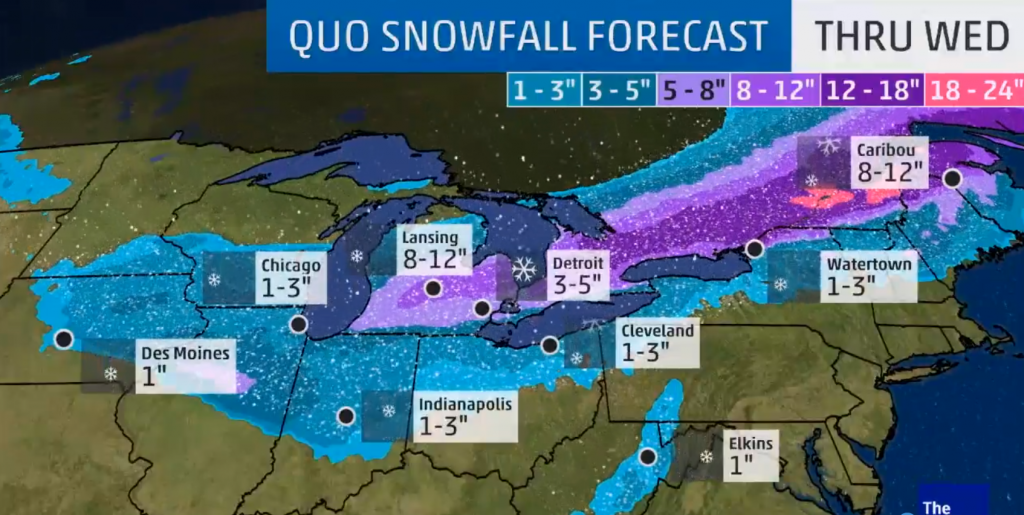 The Weather Channel sticks to the popular “lakeshore-and-ridges” accumulation distribution, putting 1-3″ in the Laurel Highlands, then a quick change from 1-3″ to 3-5″ in the northernmost parts of Western PA. 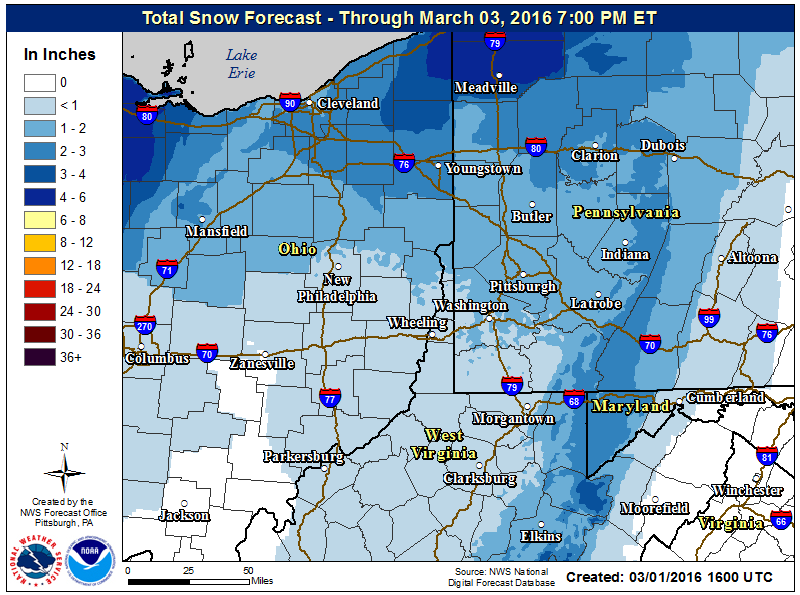 The NWS Pittsburgh office brings the coating of snow well south, all the way into West Virginia. They mark 1-2, then 2-3, then 3-4, then 4-6 in a very narrow area just off the lakeshore. Most of the area falls in a C-2″ zone. 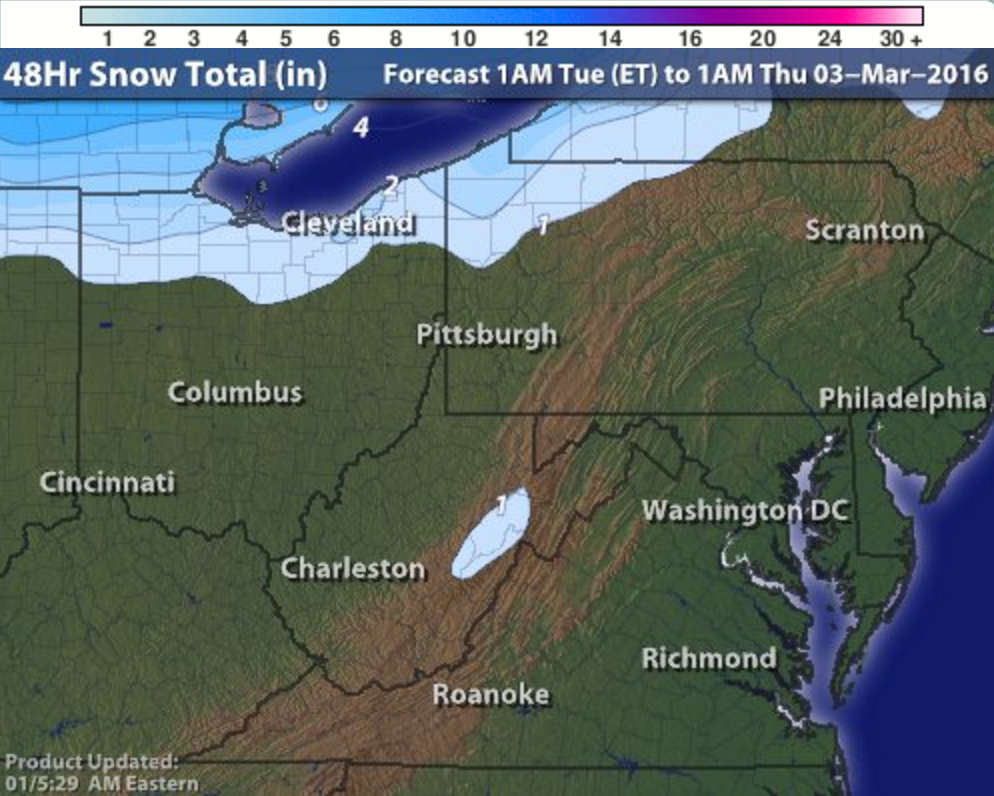